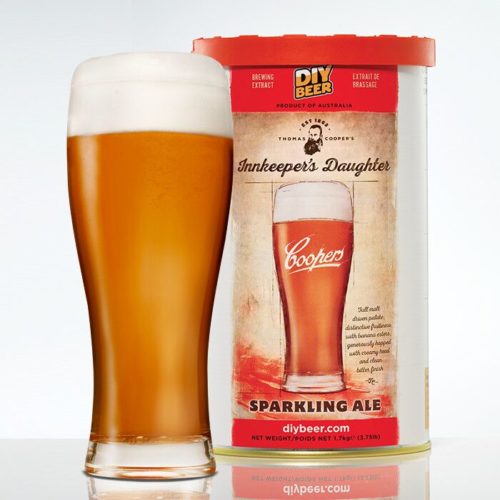 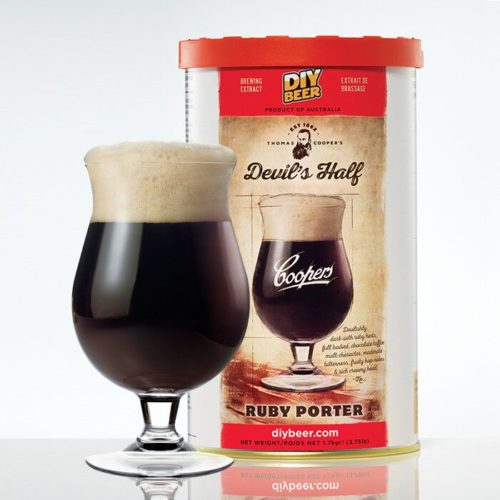 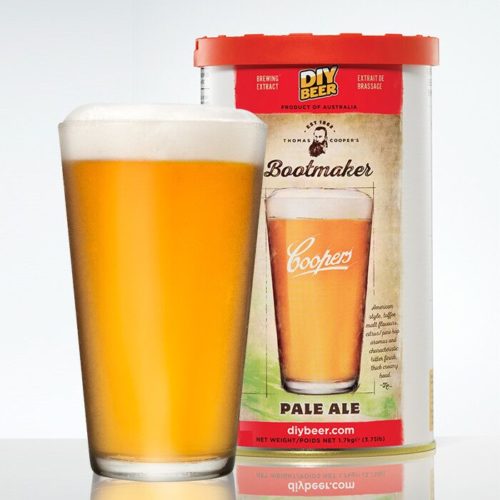 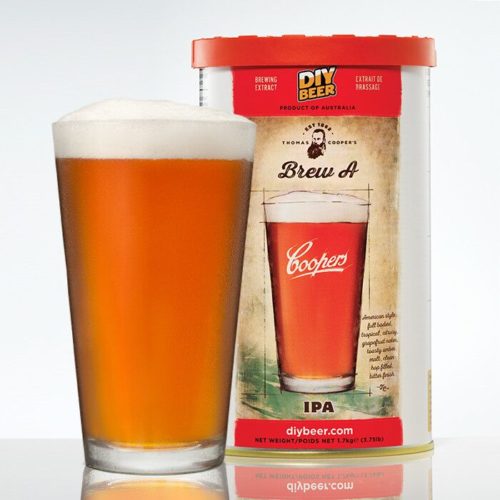 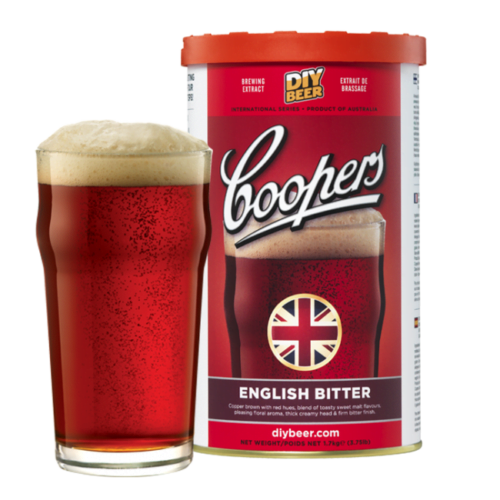 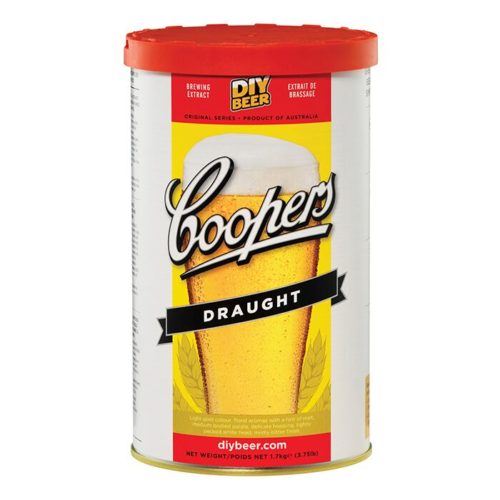 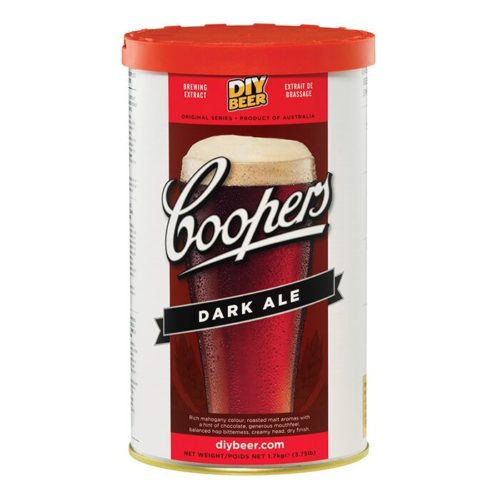 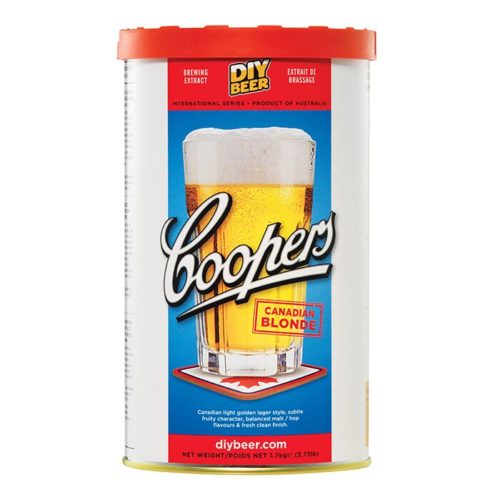 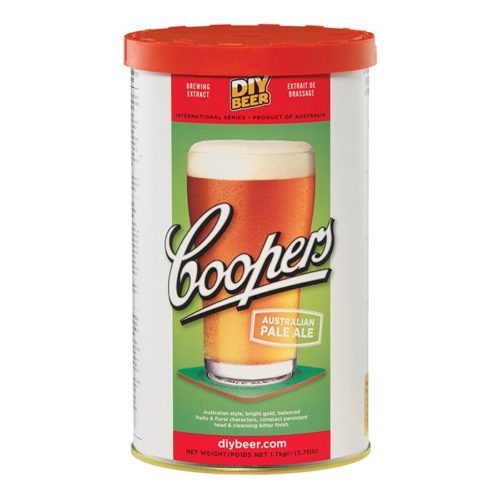 With over 150 years of brewing history in every can, Coopers brewing extracts make it possible for you to craft your own premium beers. All natural with no added preservatives, we source the highest quality malt and hops and specifically blended yeasts.

Coopers ‘Original Series’ is the world’s most popular range of DIY Beer brews. Each classic beer style tastes great when brewed as directed when getting started, or if you want to get creative can be used as a base for recipe development.

Straw colour with golden hues and a lacy white head. Light floral aromas follow through on a light to medium bodied palate with subtle malt and hop flavours and a clean finish. An Australian Lager style with plenty of character.

Light yellow-gold colour with a tightly packed white head, floral nose with a hint of malt, medium bodied palate with delicate hopping and a slightly bitter finish. The most discerning draught drinker will appreciate this beer.

Bright golden colour with a strong head. Pleasant blend of fruit and malt on the nose with generous mouthfeel and a moderately bitter finish. A good example of a Coopers’ Traditional Ale.

Dark brown colour with a persistent head resembling espresso creama, a blend of coffee, chocolate and grain aromas, exceptional mouth feel and dark malt characteristics, the combination of malt tannins and hop bitterness results in a dry finish. Can be consumed young or cellared for a number of years with excellent results.

Coopers ‘International Series’ is based on the world’s most popular brews. Take a trip around the globe with unique international flavours, typical of the region’s best!

Due to popular demand our master brewers have developed a beer concentrate in the style of the famous Coopers Original Pale Ale which is considered an Australian icon.

The finest 2-row barley, hops and specially selected yeast combine to produce a beer with fruity and floral characters, balanced with a crisp bitterness and compelling flavour perfect for every occasion.

Coopers DIY Beer English Bitter is a brown copper colour with red hues and a creamy head. It displays a pleasing floral aroma with a blend of toasty/sweet malt flavours finishing with a firm bitter finish. It may be served slightly less chilled, if desired.

The ‘Thomas Coopers Series’ pays homage to T.C. himself who back in 1862 nailed his first batch of craft ale. Follow in his footsteps with these seriously crafty brews that produce truly complex and, full-flavoured brews.

Thomas Cooper’s first occupation in Adelaide was as a bootmaker in the small village of Kensington, three miles east of the city. He plied his original trade a few doors down from the Rising Sun Inn where, in later years, he’d get his foot in the door with his very own Ales.

After Thomas hung up his cobbler’s boots, he turned his hand to brewing beers like this American-style Pale Ale. It has a rich amber colour, toffee malt flavours, citrus and pine hop aromas, a refreshing bitter finish and thick creamy head. Would Thomas approve? You can bet your boots.

Thomas Cooper’s first recorded brew was designated brew “A”. According to his brewing log, dated 13th May 1862, “A” contained four bushels of Malt and eight pounds of Kent hops in 46 gallons of water, which he made into a Pale Ale and a slightly heavier Ale.

This American style IPA is made in the tradition of that heavier Ale. Full bodied with deep amber and reddish hues, its tropical, citrusy, grapefruit notes and toasty amber malt balances the clean, hop filled, bitter finish. You won’t believe Thomas used to sell it for seven schillings a dozen.

Thomas Coopers first wife Ann, was an Innkeeper’s daughter so she knew a thing or two about brewing. In fact, when Ann became ill Thomas used her recipe, which she acquired from her father, as a tonic for his beloved wife. This tonic went on to become the now world famous Sparkling Ale.

Made in the tradition of the commercial brew, this Sparkling Ale has a deep golden amber colour and full malt driven palate. It displays distinctive fruitiness with banana esters, generous hops, a clean bitter finish and strong creamy head. The perfect tonic for what Ales you.

In 1862, Coopers brewery operations were located close to an area known as the Devil’s Half Acre. This rather intimidating name stemmed from the somewhat menacing people that frequented the neighbourhood. As such, it had a reputation for being a place to steer clear of at night.

This devilish brew is inspired by the shady characters of the Devil’s Half Acre. As black as the sinister night, this full bodied Porter has ruby hints, delicious chocolate toffee malt character, moderate bitterness with fruity hop notes and a rich creamy head. It’s sure to bring out your dark side.