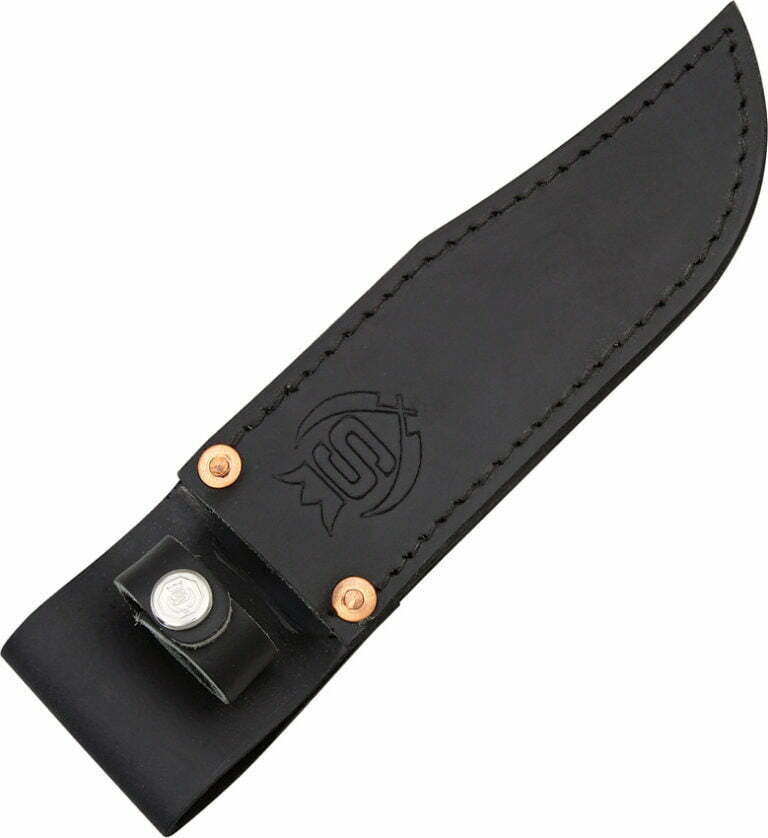 This replica Forest Ranger Bowie Knife is based on the knife design than von Tempsky issued to his company of Forest Rangers in 1863.

Gustavus Ferdinand von Tempsky, adventurer, soldier and artist, learned the benefits of bowie knife fighting in California while working in the gold fields. He possessed a fine knife of American manufacture for his own use, but had about 30 bowie knives made to his personal design by a cutler of Shortland St, Auckland. These were issued to the men of No. 2 Company, New Zealand Forest Rangers, under Major von Tempsky’s command.The Forest Rangers were an elite corps of bush-roving scouts employed by the colonial government between August 1863 and October 1867 during the New Zealand Wars. “They were the Forest Rangers, whose very name carries a flavour of adventure in the Dangerous Lands, suggests tales of scouting and skirmish and ambuscade, and bush marching and camping in wary silence.” (James Cowan, historian).

The knives were made from waggon spring steel – being one of the few sources of suitable steel available to blacksmiths in Auckland in 1863.Von Tempsky, an experienced fighter, taught his men to use the bowie knife in one-on-one armed combat. The knife was used to fend off an opponent’s attacking blows while a revolver was used in the other hand.The big knives were also used to clear tracks through bush, dig defensive positions, cut fire wood and for general use about camp.A 1900 inerview with John Toovey, an ex Forest Ranger corporal, appeared in a 1935 issue of The New Zealand Railways Magazine: He had a farm near Te Awamutu. Customarily, out on the farm and in the bush, he wore a sheath-knife on his belt. The knife was a veteran like himself. It had been nine or ten inches long of blade, but the point had been broken off, and he re-ground and pointed it; even then it was like a young bayonet. He told its story, “That’s one of old Von’s bowie knives,” he said. “He had a lot made for us at a blacksmith’s in Auckland when the Forest Rangers were divided into two companies and he had command of me.

“You know, old Von was a terror with the bowie knife. He had learned to use it in Mexico and Central America. Certainly it came in handy in the bush, and as we had no bayonets it was comforting to know you had a good sticker on your hip for a scrimmage.”I’ve had that knife more than thirty years. See how it’s worn down. I’ve used it for all sorts of jobs, hacking bush tracks, pig-sticking, skinning sheep, cutting up my tobacco and my loaf of bread. It’ll last my day, my boy!”

Please complete the warranty registration form on the Svord website within 14 days of receiving your knife – http://www.svord.com/index.php